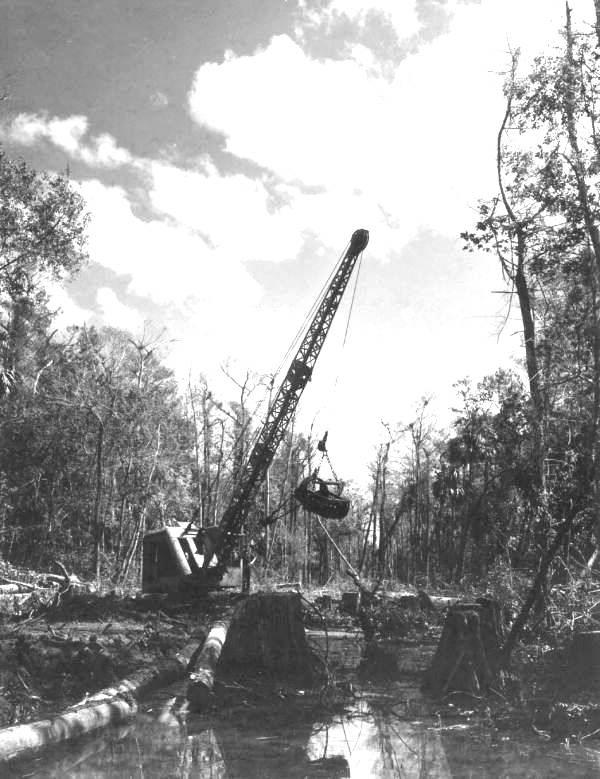 I grew up in Southeast Missouri in an area that was largely swamp land known as the Dark Cypress Swamp. In the early 1900’s a major drainage ditch, called the Diversion Channel, was dug which cut the swamp into two parts, diverting the Castor River eastward to the Mississippi River. This protected thousands of acres to the south from excessive flooding and left a large swamp to the north. By the time I was born, the Dark Cypress Swamp consisted of the northern portion and a system of smaller drainage ditches had converted most of the land to the south into usable farms.

As a result of this swamp draining project, a thriving drainage industry existed in the area. My father started his own excavating business which included a lot of drainage work. I remember his business card which said “Drainage Contractor.” I grew up in this context, learned to operate a dragline, and did a bit of “swamp draining” myself. There are several things that come to mind when I think of draining a swamp. When the water goes down, the large variety of creatures living below the surface is quite surprising. Then comes their reaction when it becomes obvious to them that their life support system is drying up. Realizing they are about to be exposed and vulnerable, panic sets in. Fish trapped in left over puddles begin darting here and there in the shallow water, frantically flipping their tails stirring up mud, but to no avail. Snakes, muskrats, and alligator snapping turtles strike out across dry land in search of new homes.

It is also a time when predators begin to show up to feast on exposed aquatic creatures who have no place to hide. Large Mouth Bass who ruled their underwater domain, swallowing prey half their size in one giant gulp, are now helpless prey for a multitude of land based predators. 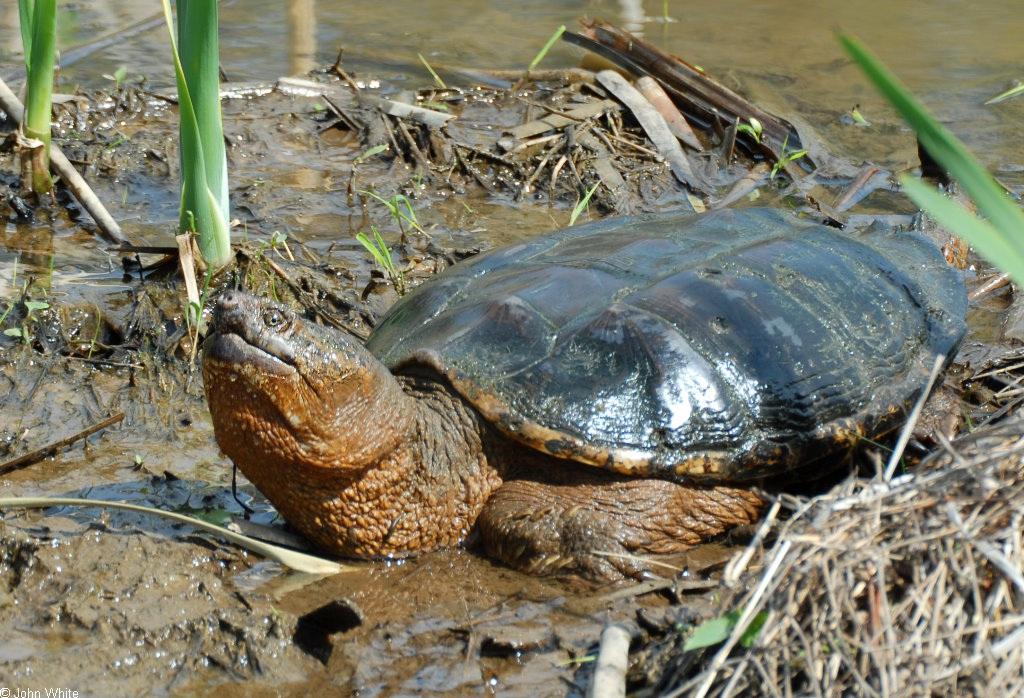 Many of these displaced creatures are not in a good mood. I once had a large snake come up the ditch bank straight for me! I admit I had been tormenting him with dirt clods, and having no place to hide, he went on the offensive. However, since he was in the open, he was easily disposed of.

Then there is the stench! When the muck and mire on the bottom of the swamp is exposed and stirred up a bit, IT STINKS! Who would have thought that such a repulsive smell lay beneath that quiet swamp water reflecting the blue sky and soft white clouds?

Another thing I learned about swamp life was how quickly it would reestablish itself if the ditches were not kept open. A large part of my experience was re-digging and keeping old drainage ditches open. Silt, weeds, trees and beaver dams can block a drainage ditch in a very short time causing swamps to reappear. The swamp creatures reappear as well. They always seem to be lurking somewhere, just waiting for a new swamp opportunity.

It is not difficult to see why corrupt political systems are often referred to as swamps. There are so many parallels! When someone dares to cut a ditch through the political swamp, the swamp creatures who live there, especially the deep state creatures, get nervous andstart to panic. Fearing that they are about to be exposed (along with their hidden agendas), they resort to irrational behavior much like those fish trapped in puddles of shallow water, frantically flipping their “tales” even while their lies become more and more obvious. Its all they know to do. 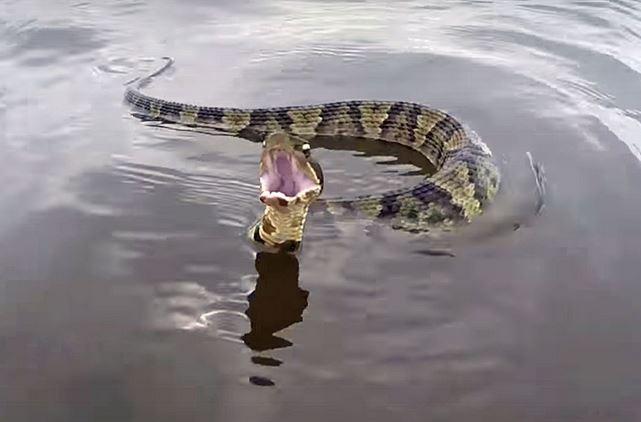 As the swamp drains, we will be amazed at the huge number of previously unnoticed swamp creatures that begin to emerge from the deep state. Everyone will have a tale to spin or a book to sell. Snakes, rats, and snappers will bail out of the swamp looking for a place to hide and wait for a future opportunity. Realizing they are targets, some of the more poisonous individuals will go straight after the ditch diggers with venomous lies.

A swamp is a dark place and draining it is largely about exposing it to the light. It is nasty work - and we won’t know just how nasty until we begin to stir the muck at the bottom and discover the real filth and stench of the deep state and those they protect. If we think they are nasty now, just wait! Things will probably look worse before they look better as the end of the swamp draws near. Do not be deterred by their tactics. Ignore their lies, intimidation and bold posturing. Once they are exposed, they can be easily dealt with. In the end predators become prey as they turn against each other.

Draining the swamp is worth the effort because swamp land is fertile soil with great production potential. Likewise, the swampy landscape of government has great potential for good. But it requires good people who will sow good seed and be good stewards of the land.

For you were once darkness, but now you are light in the Lord. Walk as children of light (for the fruit of the Spirit is in all goodness, righteousness, and truth), finding out what is acceptable to the Lord. And have no fellowship with the unfruitful works of darkness, but rather expose them.
-Ephesians 5:8-11 (NKJV)

Swamp drainers must stay the course. They need our support. Be light. Walk in truth. Pray for evil to be exposed. Get involved by bringing godly principles to government on the local, state, and national levels. Do not give up on America. This nation will fulfill her destiny and become a productive land and a blessing to the nations.